Take the test, for legumes sake

There are many good reasons to be out tissue testing pastures at this time of year, but perhaps the best reason is to ensure there is enough molybdenum and boron available. Legumes particularly rely on these micronutrients for effective root nodulation, nitrogen fixation and seed set.

Tissue testing is the only way to assess molybdenum levels for pastures and the most accurate way to check on other micronutrients. The concentration of these nutrients in the soil is generally too low to accurately determine their availability using soil tests.

It is common to see below optimal levels of molybdenum and boron in tissue test results. Figure 1 shows results from hundreds of tissue tests taken across southern Australia, highlighting the high incidence of below optimal micronutrient levels, in particular with boron in ryegrass and clover and molybdenum in lucerne and clover.


Sub-optimal levels can have a significant impact on pasture growth and persistence, because while micronutrients are only required in small amounts, they can be just as important to growth as the macronutrients. 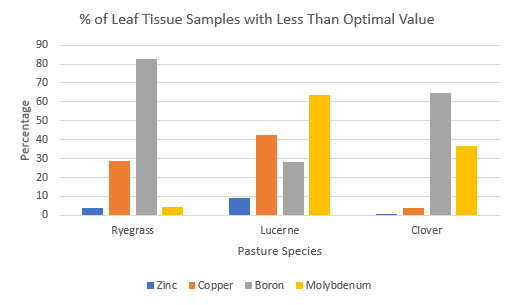 Figure 1: Below optimum levels of micronutrients in tissue test results
Source: Based on Nutrient Advantage® laboratory results from 2010 to April 2019, from 305 ryegrass samples, 358 lucerne samples and 562 clover samples. 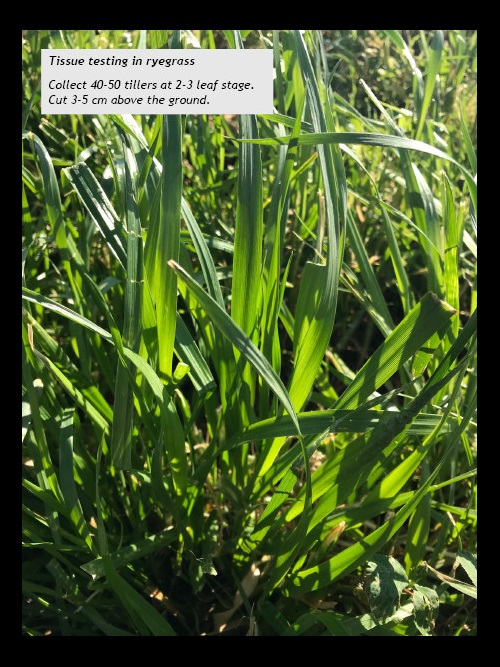 Molybdenum is particularly important for legume growth. Any deficiency in molybdenum is likely to show up first in legumes such as clovers, medic and lucerne. They are likely to look stunted, with mottled leaves and leaf margins which may appear burnt. The rhizobium nodules may also be pale and colourless.

A lack of molybdenum in legumes means they will reduce or stop fixing nitrogen. Spectacular results have been seen in legume-based pastures following the correction of molybdenum deficiencies, thanks to better fixation of nitrogen from clovers.

In grasses, molybdenum is used by the plant in the process of reducing nitrate back to ammonium. Low levels of molybdenum can block this process, resulting in high nitrate concentrations in the leaves.

Low molybdenum levels seem to be a widespread problem. More than half of the lucerne tissue tests and a third of the clover tissue tests analysed by the Nutrient Advantage laboratory between 2010 and April 2019 showed below optimal levels of molybdenum. If it has been five years or more since molybdenum has been applied to a pasture, it may be needed again. Tissue testing through the Nutrient Advantage laboratory is the best way to find out more about the need for molybdenum in your pastures.

Molybdenum may also become unavailable at low soil pH levels, so consider a soil test to check on this as well. If lime is used to increase pH and molybdenum availability, do not apply molybdenum as well, as this may cause nutrient imbalances resulting in copper deficiency in grazing animals.

In most cases, 50-100 g of Mo/ha will rectify deficiencies. It can be supplied with SuPerfect® fertiliser.

Boron is necessary for the nodulation of roots in legumes as well as a range of plant functions from cell growth to seed set. Australian research in sub clover pastures has shown large seed yield increases when boron was supplied. These results suggest that boron favours the establishment and persistence of clover. See Table 1.

Source: BS Dear and J Lipsett (1987) ‘The effect of boron supply on the growth and seed production of subterranean clover’ Australian Journal of Agricultural Research 38(3) 537 - 547

Boron has a large influence on sub clover seed production. This experiment highlights the antagonism between calcium (lime) and boron. Raising the pH decreases the availability of boron. While applying molybdenum and lime in the same year should be avoided, applying boron in conjunction with lime could be beneficial.

Low boron levels come up a lot in tissue test results. Low boron was seen in more than 80% of the ryegrass tissue tests and in two thirds of the clover tests analysed by the Nutrient Advantage laboratory between 2010 and April 2019. If you’re concerned about underperforming legumes or clover decline in pastures, tissue test this spring and consider applying boron.

Every pasture is different and tissue testing should always be used to confirm a boron deficiency before it is applied. Boron is mobile in soils, so conducting a 0-10 cm soil test may be misleading as there can be significant amounts of boron below this depth which could be taken up by deep rooted species such as lucerne. If tissue testing identifies low micronutrient levels, graziers can apply a small test strip in the pasture to confirm a nutrient response before applying the nutrient more widely across the farm.

Take care when applying boron to avoid toxicity. Low rates should be used, such as 0.5-0.75 kg/ha of boron every six years. On limed paddocks, rates of up to 2.5 kg/ha of boron could be required.

Tissue testing is relatively simple and requires no special equipment, just a clean pair of rubber gloves and a sample bag. Spring is a great time to take tissue tests in pastures, while plants are actively growing and it is easy to select a good representative sample avoiding urine and dung patches. See the photos on this page for details on the cuttings needed for ryegrass, temperate legumes and lucerne tissue testing. 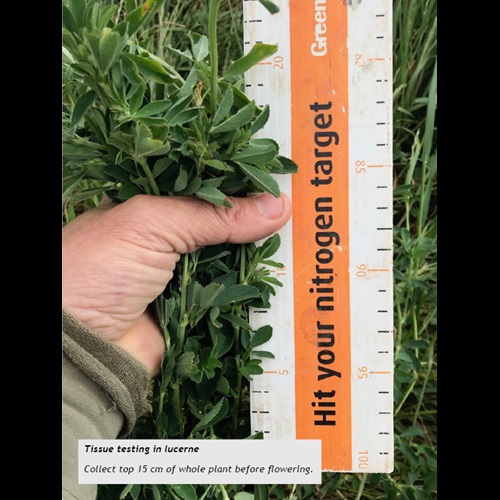 To discuss the need for molybdenum or boron in pastures in more detail, please contact me by email at lee.menhenett@incitecpivot.com.au or 0412 565 176.

Custom Blends Blended fertilisers are the most popular type of fertiliser being used in production as they meet all the crop's nutritional requirements in a one-pass application.